The Ibero-American Forum of Convergence and The FICA Audiovisual 2020

The FICA Forum is the scenario open to dialogue to understand the challenges of the sector, aimed at the highest levels of the telecommunications industry, regulatory authorities, government decision makers and large companies; It is an ideal space where executives and opinion leaders of Television Operators, Wireless, WISP, ISPs of Ibero America, can jointly analyze and study the financial, commercial and technological impact of the implementation of audiovisual content and new technologies in The digital age

The Decade of the Internet of Things (IOT)

In 1999 the software genius: William Nelson Joy, better known as Bill Joy, presented an estimated and adjusted projection of the “Internet of things”, within the framework of the World Economic Forum in Davos, in Switzerland. A decade later, in 2009 Cisco Internet Business Solutions Group (IBSG) predicted that there would be a time in the history of the Internet when there would be more things than human beings connected to the network and that same year the British Kevin Ashton, a leading researcher at the MIT, gave a famous conference where he presented in a structured way the concept of the Internet of things, under the original English name: “That ‘Internet of Things'”.

For both Ashton and Cisco, “The Internet of Things” is nothing more than the ability for electronic devices, for everyday use and different types, to be connected to the Internet for the benefit of one or more users, without being required for connection of regular and / or permanent human intervention.

Two decades after being forecasted, these projections ceased to be Science Fiction and by the end of the first decade of the 21st century millions of Televisions, Refrigerators, washing machines, robots, vacuum cleaners, cars, security cameras, traffic lights, agriculture measures, equipment atmospheric measurement, thermometers and in general the devices of daily use, are already connected to the Internet fulfilling the forecast of more devices than people using the network.

In the new decade that begins, the number of devices connected to the Internet will grow exponentially, which will represent a major challenge at the regulatory, technological, social and cultural level, but, above all, the biggest challenge for the sector will be to ensure that the Internet of Everything represents real economic benefits that justify the investments of Telecommunications operators and is not another parasitic way of operating their networks.

¿ARE LATIN AMERICAN LAWS AND REGULATIONS PREPARED TO RECEIVE THE INTERNET OF THINGS?

The Internet of Things iot, will require colossal investments in network infrastructure, both fiber optic and 5G wireless equipment, as well as management and provisioning systems, so the laws in the region must be prepared to guarantee legal certainty , clear rules of the game, convergent regulation, stimulation of investment, efficient and transparent management of the radio spectrum, competition control, exemplary punishment of corruption and real control of dominant and monopoly positions in the markets, 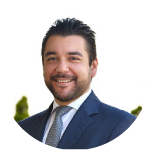 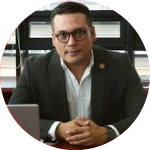 There is no use of large technological infrastructures unless they are supported by content, the main input that will travel through the data networks during the next decade, being in turn responsible for guaranteeing the preservation of the identity and culture of our region, which is why It makes it necessary to balance quality, entertainment and culture. 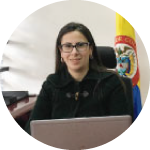 2:45pm to 4:00pm – Panel: The contents that our audiences will see in the next decade, (Regulation, Alliances, Production and Purchase of new content)

4:00 A 5:15 – PANEL: NEW WAYS TO NEGOTIATE AND OBTAIN THE RIGHTS OF AUDIOVISUAL CONTENTS

The concept of “Smart City” has been positioned globally for some years as the great opportunity to revolutionize sustainable urban development, relying on the use of new Software and Hardware technologies, that is, in the so-called “TIC”, It seeks to improve the quality of life of citizens by promoting the digital economy, placing citizens at the center of the model.

But although there are regions in the world like Asia-Pacific, with exponents like Singapore or Japan that have revolutionized the quality of life in their cities thanks to a comprehensive and very successful scheme of “Smart Cities”, in Latin America there is still a long way to go.

How have DDOS attacks evolved in 2019

The Revolution of Connected Machines

The Media in Smart Cities

As the number of devices connected to the Internet grows, the demand for bandwidth also grows exponentially, but the value of the tariffs for the very logic of the market cannot increase at the same rate, making it necessary to look for efficient and economic ways to provide a service according to the needs of the users, either through home or mobile networks in all its variants. 10:45 to 12:30 – Panel: Technologies for the Massification of IOT and Smart Cities.

10:45 a 12:30 – Panel: TECHNOLOGIES FOR INTERNET MASSIFICATION OF THINGS (IOT) AND SMART CITIES

Importance of IPv6 in IOT deployment

IoT and its effect on Digital Transformation

Use cases for Smart Cities and benefits

THEMATIC AXIS: MONETIZING THE INTERNET OF THINGS AND SERVICES FOR SMART CITIES

Up to now, the developments derived from the Internet have generated infrastructure investments for the telecommunications companies, however, the monetization of the services has been a parallel and parasitic business of other market agents, which using the available TELCOS infrastructure have built prosperous businesses.

The arrival of the IOT and Smart cities represent a historic opportunity for Telecommunications companies to develop new business units that increase monetization and revenue, amortizing high costs and colossal investments, sharing a portion of a multi-billion-dollar business.

The range of options is growing in the fields of Services, Contents and infrastructure.

How to bring your TV business tu OTT?

Features that a subscriber management system must have for operators

Digital Transformation at All Level

We're not around right now. But you can send us an email and we'll get back to you, asap.